Trichotillomania - An underestimated disease of pulling hair out from roots.

Trichotillomania - An underestimated disease of pulling hair out from roots. 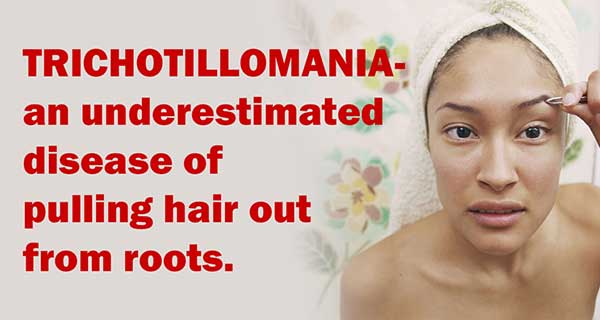 Trichotillomania is much more prevalent obsessive, compulsive disorder than perceived. The most commonly overlooked example of this is the obsessive plucking of eyebrow hair especially in people with unibrow.

In countries like Tajakistan and the Arabian culture, especially Oman, a unibrow is considered a sign of beauty. 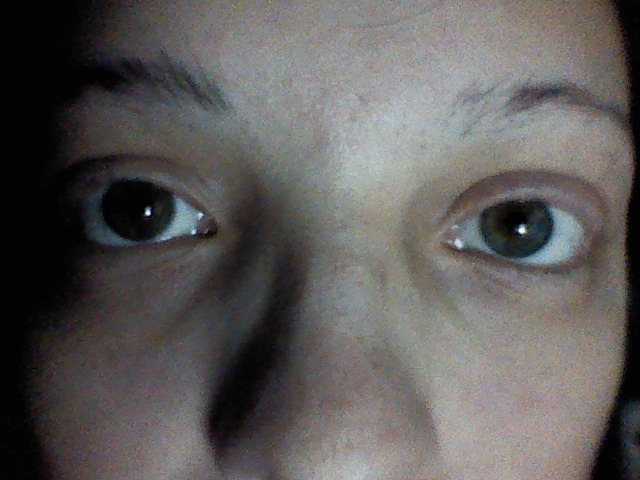 Above picture shows what persistent plucking of hair can do.

This obssesion leads to too sparse an eyebrow in some people. Recently, we came across such a past patient who had undergone eyebrow reconstruction using nape hair in 2001. 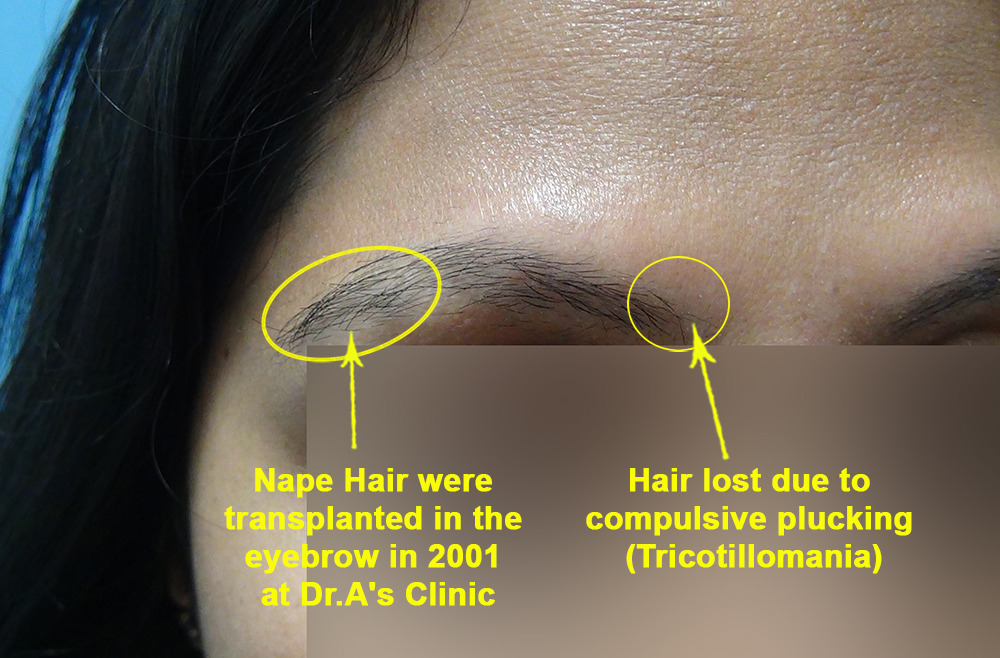 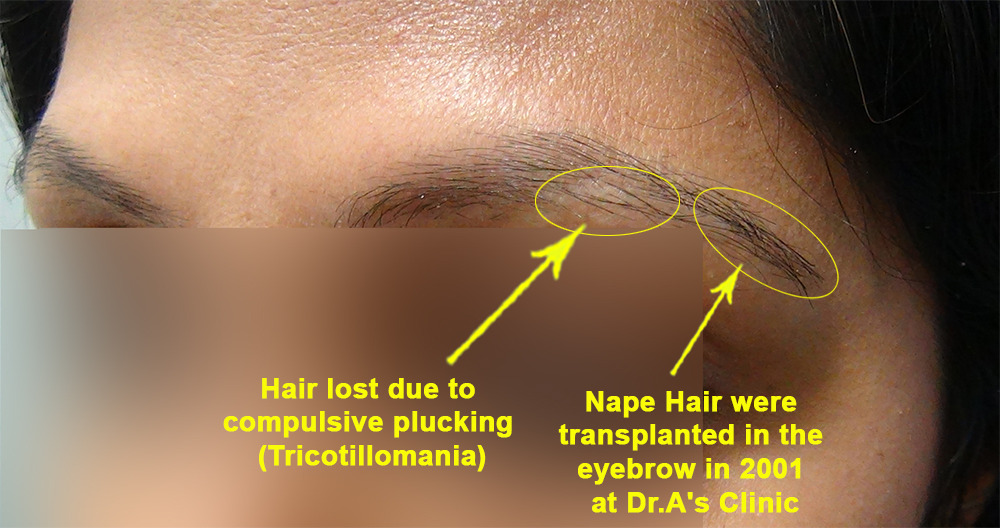 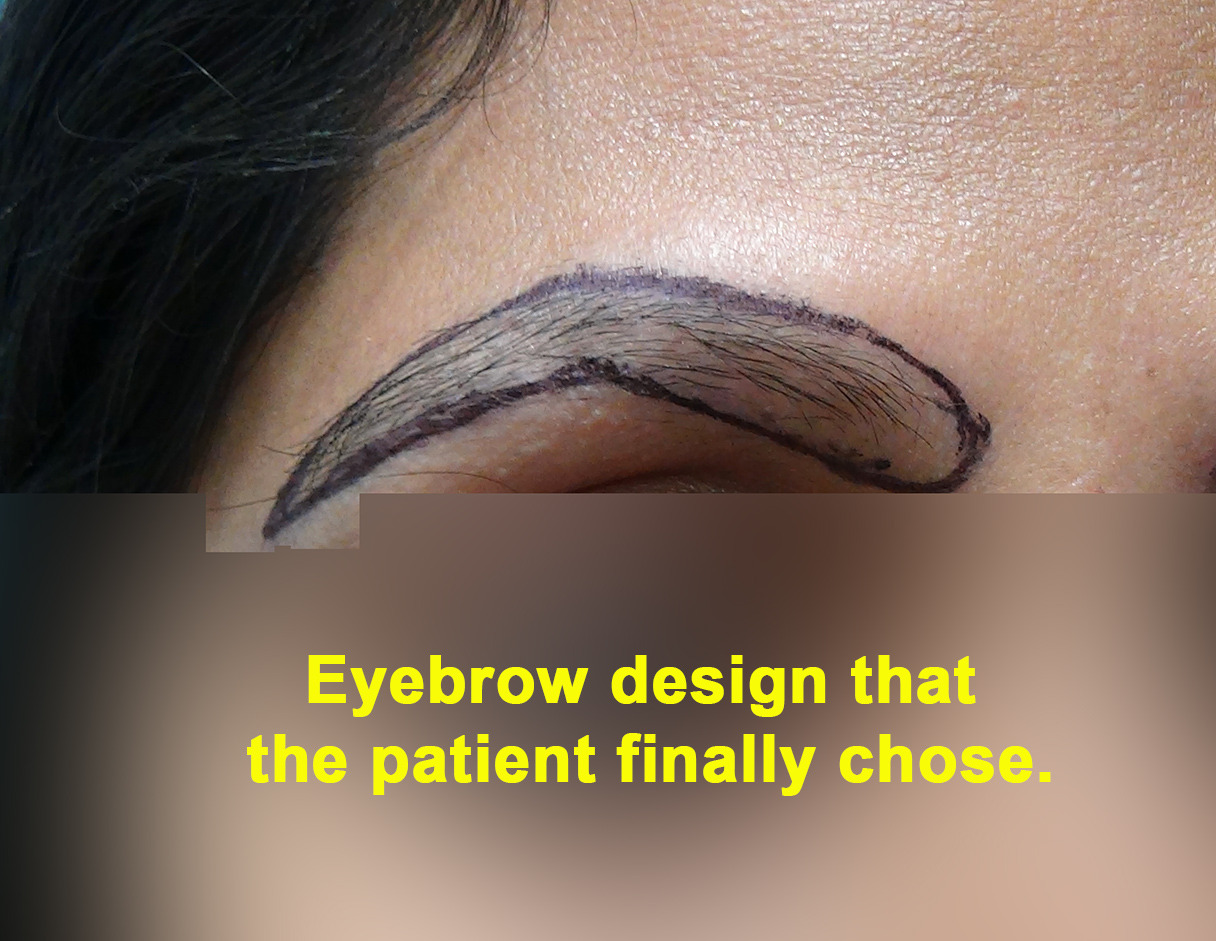 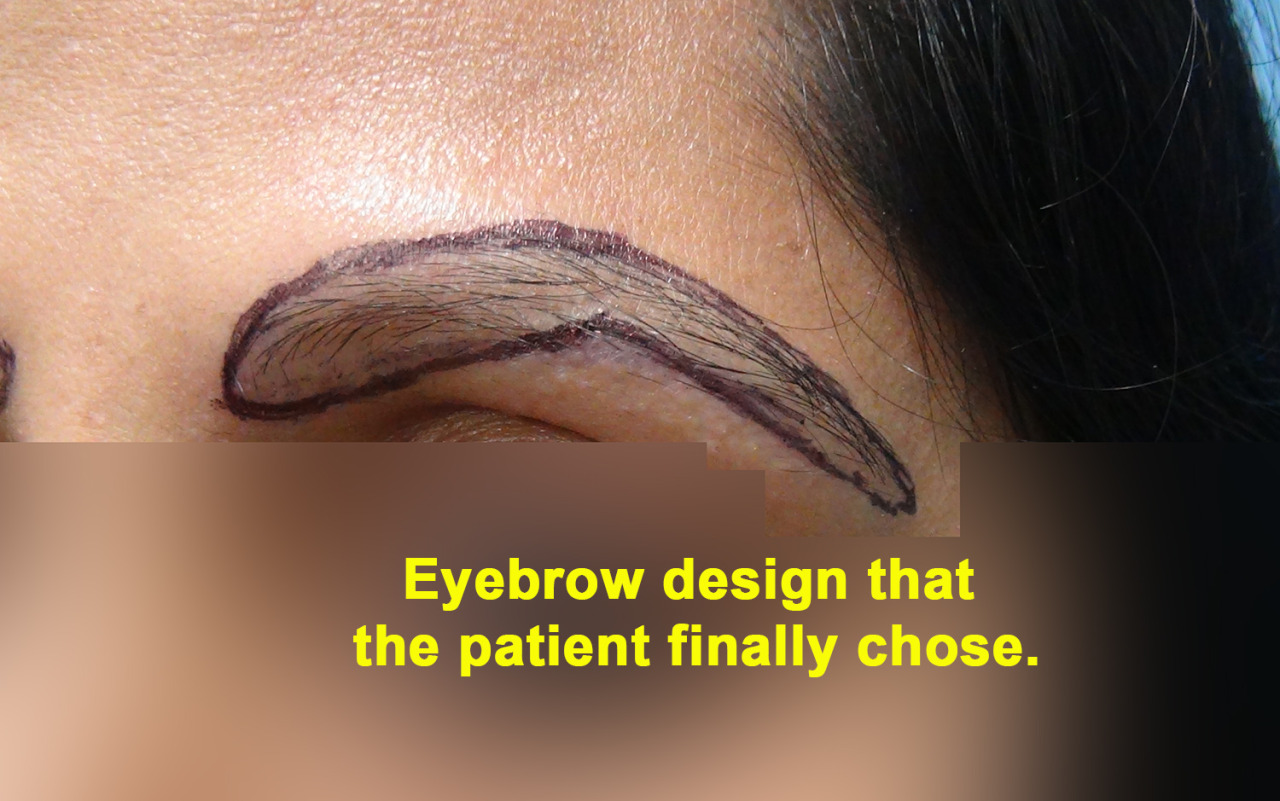 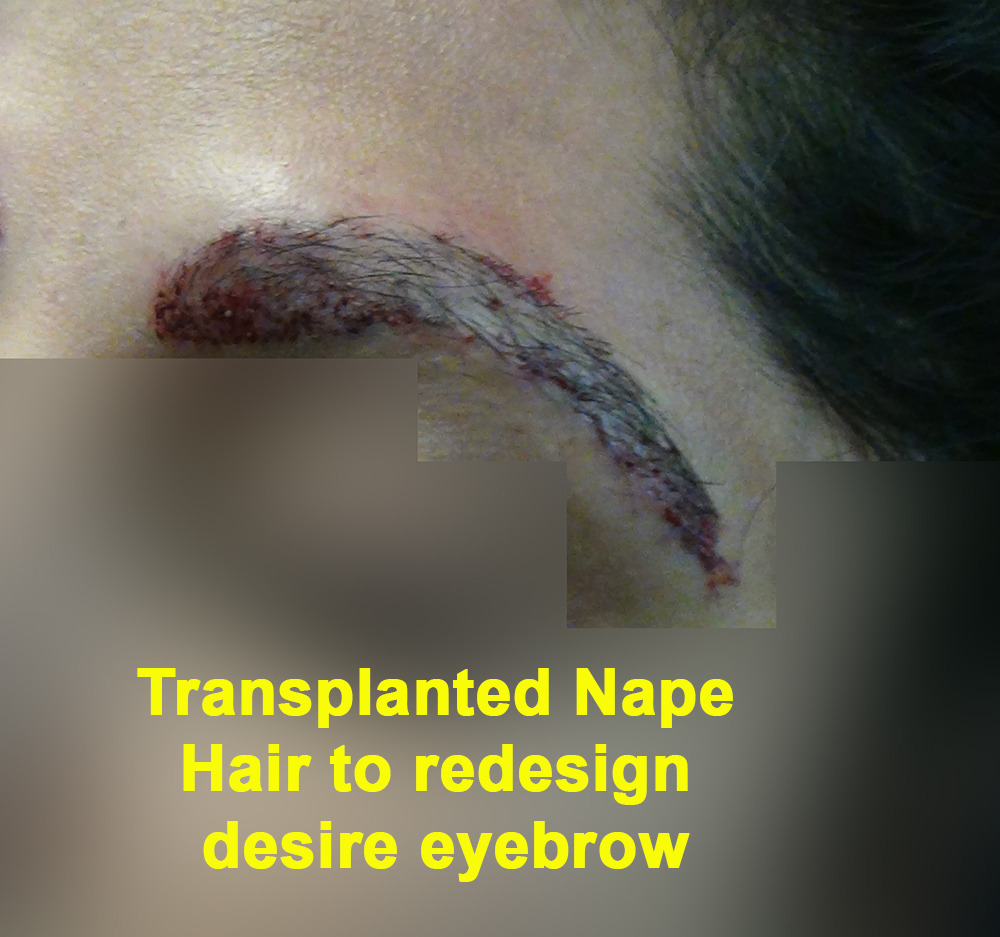 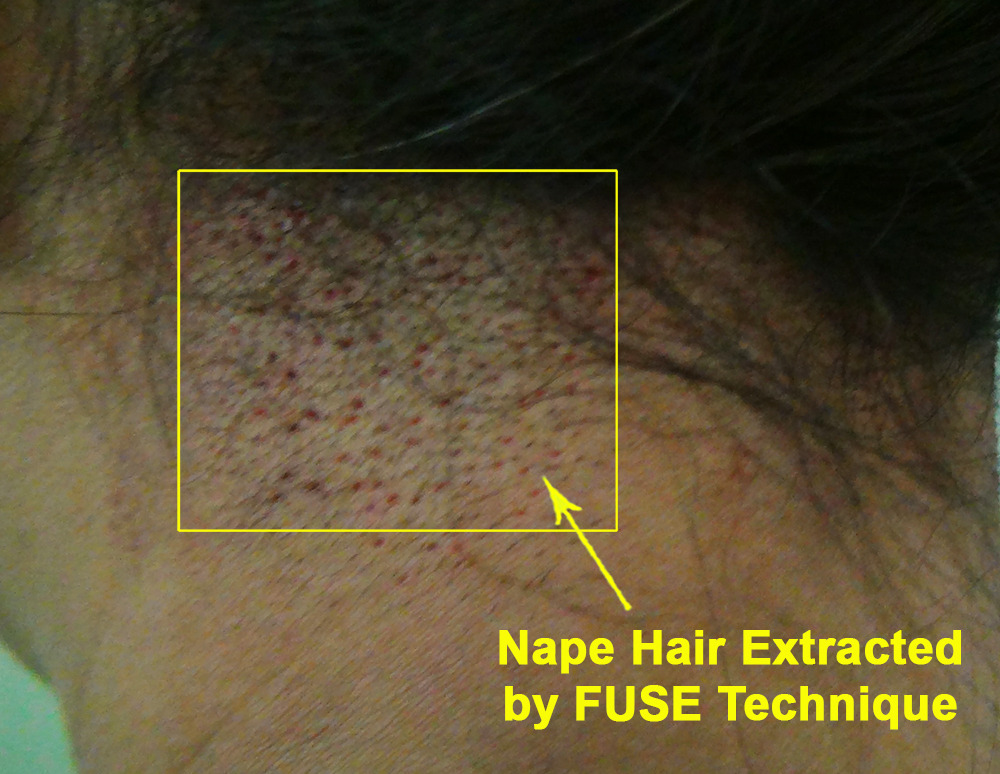 Now, we have redesigned the eyebrow using nape hair again to fill the areas from which the patient had compulsively pulled out hair (as she claimed) from an almost unibrow.

This information is to help parents and people to detect this disease and get proper counselling for the effected person/child. The earlier it is detected the less mental and physical trauma the child will have to bear in future.

If a person really wants to get rid of unibrow, it is possible to do so with advanced stitch less FUSE/fue transplanted.