Hair Transplants for women An overview

Hair Transplants for women An overview 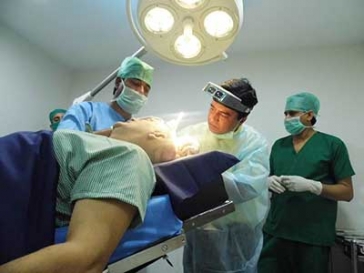 Hair is essential for both men and women but more for a woman, especially from an aesthetic point of view. There is a common perception that baldness occurs only in men. This is not true as many women suffer thinning of hair or baldness due to a variety of reasons.

Female pattern baldness is not common for most women, yet it can be a huge psychological blow to them when they suffer from hair loss.

Cause for female pattern Baldness

A woman, despite taking more care then men, tends to suffer also from hair loss, albeit late. There are no particular reasons for women suffering from hair loss except for the common factors that afflict men, such as aging, stress, genetics, and menopause. Hair is also damaged due to regular usages of hair dye, Hair extensions, straighteners, etc.

The difference in hair loss pattern

Hair loss in women has a different pattern than in men. Their baldness pattern starts through the center of the head and remains on the top and the crown. There is no complete baldness like men. Instead, it is diffused hair loss with thinning in all areas of the head.

Women generally don’t suffer from frontal hairline receding except only in cases associated with aging. Symptoms usually associated with men like itching and sores on the scalp are not found in women.

While hair transplants have been successful for nearly 90 % of the men who suffered from baldness, the same is not true for women despite the availability of Best hair loss treatment in Delhi. The reason is that the nature of baldness, which generally does not cause a complete patch of baldness but somewhat thinning of hair across the top.

The process of hair transplant in men is the removal of hair from the dense area to the bald patch and is rather straightforward. On the other hand, for women, it is the loss of volume of hair which needs restoration. Therefore, a transplant is only feasible when a woman has a thick enough area of hair from the back and sides to "donate."

A tiny percentage of around 2%-5% of women are good candidates for hair transplants owing to the nature of their hair loss.

Some of them are